How did you get started doing what you do?
Rotten Fantom is a two people: Russian artists Vladimir Snegotskii and Elena Snegotckaia. The name Rotten Fantom appeared on December 21, 2012, which is the day of winter solstice and the shortest day of the year when everyone was expecting Doomsday to come. This was the beginning of something new, it turned out quite symbolic.

How would you describe your creative style?
Presently we are comfortable with dot-work style. This is the technique when an image is created by lots of small dots. This helps create realistic images with soft lines and semi-tones. It is well-suited for conveying people, animals, and plants, and these are often featured in the works of Rotten Fantom. Dot-work drawing gives a particular misty feel. It correlates with the misty and elusive images that are present in our works. We are comfortable with this technique and it enables us to convey the artistic concept. We might want to try something different in the future and works in a different technique will appear. 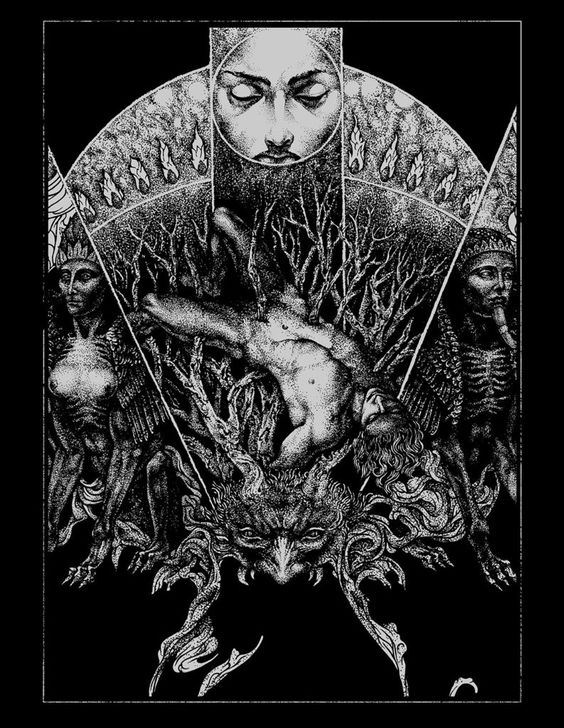 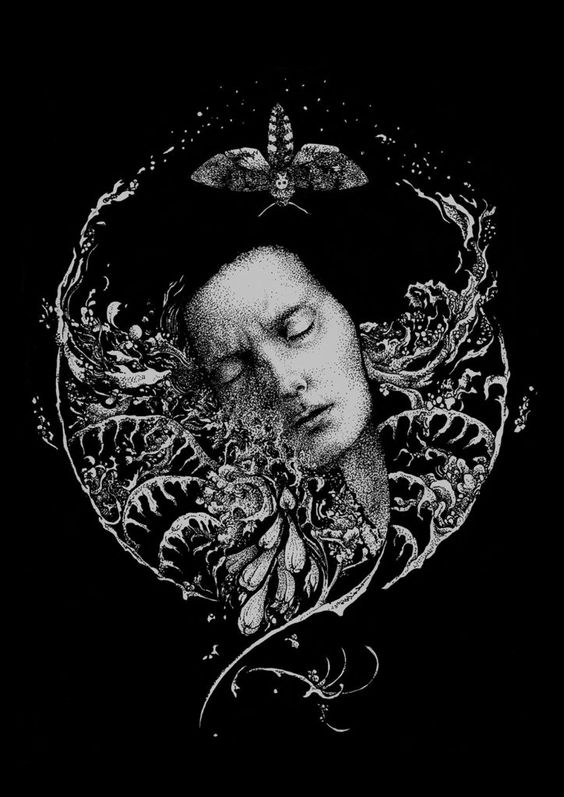 What’s your inspiration?
Visual images created by us stem from the subconscious. Everything we have seen, heard or read is accumulated and recorded somewhere at the back of mind, like an information debit. Afterwards, a key phrase (or thought) is enough to make the image acquire a more or less vivid shape. The acumen and intuition play a decisive role in this intensification and “faceting” of the image. Thus, there’s no straightforward explanation as to why there is this or that element in the drawing. Everything comes to its place naturally.

How long does it typically take for you to finish a piece?

It depends on the complexity of the work. Our pieces have a high level of detail and we need a lot of time for development. Ordinarily, it takes from several days to 2 weeks. 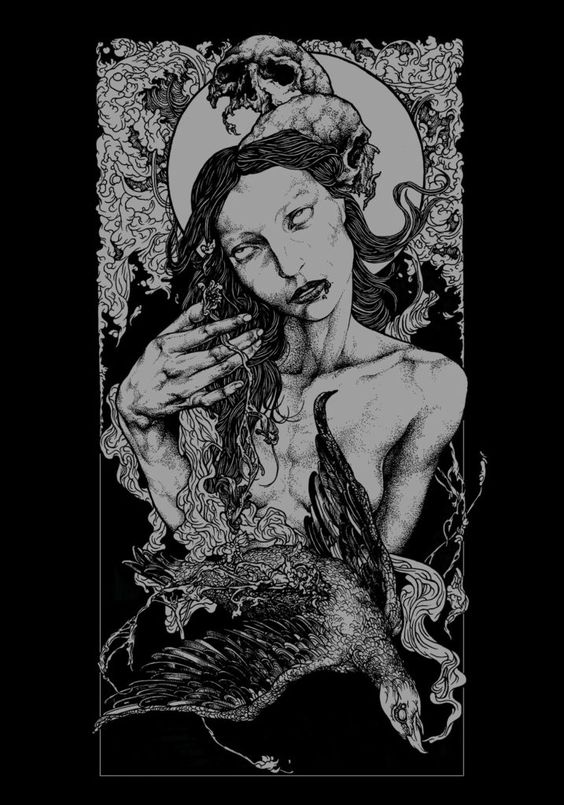 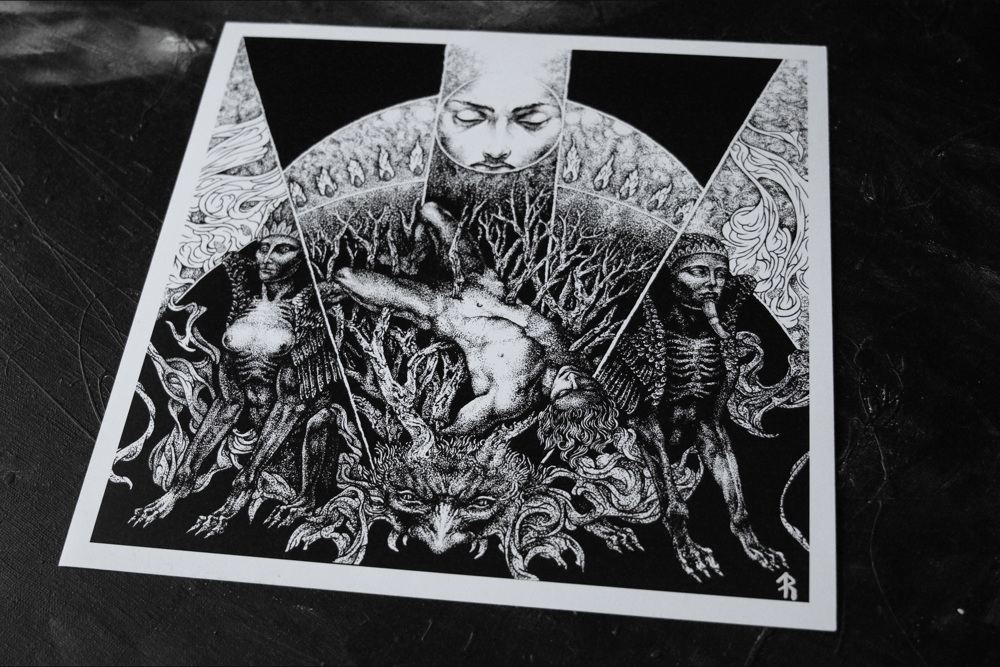 How would you say your surroundings have influenced your work?
A human and surrounding nature are situated at the center of all our works. They are a part of one world. We describe the story of the man and the animal and often repeat this story and reinforce it, and sometimes vice versa. With the image of a man and his emotions, we try to show the state of nature as an animal. But at the same time, human nature and animals are united in our works. Everything strives to unite at the end. Modern man is divorced with nature. He is too absorbed into himself and into his own comfort. People have forgotten that they, with nature, used to be a part of the same organism of our planet. The relationships between man and nature in our art are our personal contribution to the planet and our roots. 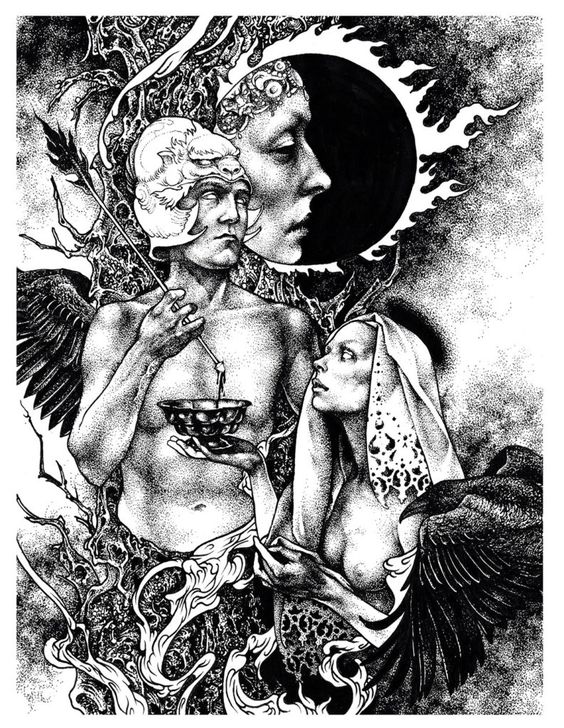 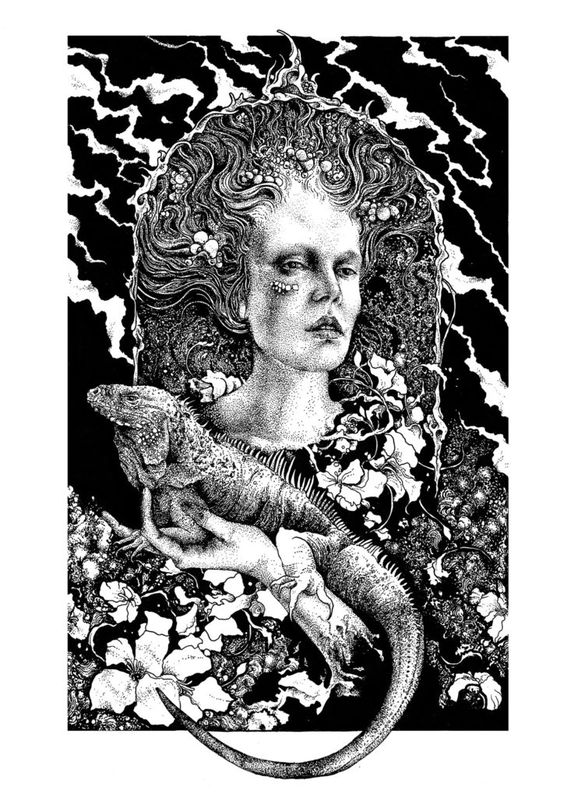 How do you keep motivated?
We often listen to music while working. Music is important to our work, it helps us get concentrated on the process and sets up the proper rhythm and mood for the future piece. No matter how corny it sounds, we always listen to it. Tons of different music. Most of the images are born under the influence of music and are reflected in our drawings anyhow.

What, if anything, would you tell your younger self?
Be patient and work hard, do not waste yourself.

Have any future aspirations that you’d like to share?
We are now preparing a large series of works on canvas and we would like to find a gallery to work with. But in general, we would like to take part in some big project – such as to illustrate the book, to paint the service or create a mural on the facade of the building. That’s very interesting to us. 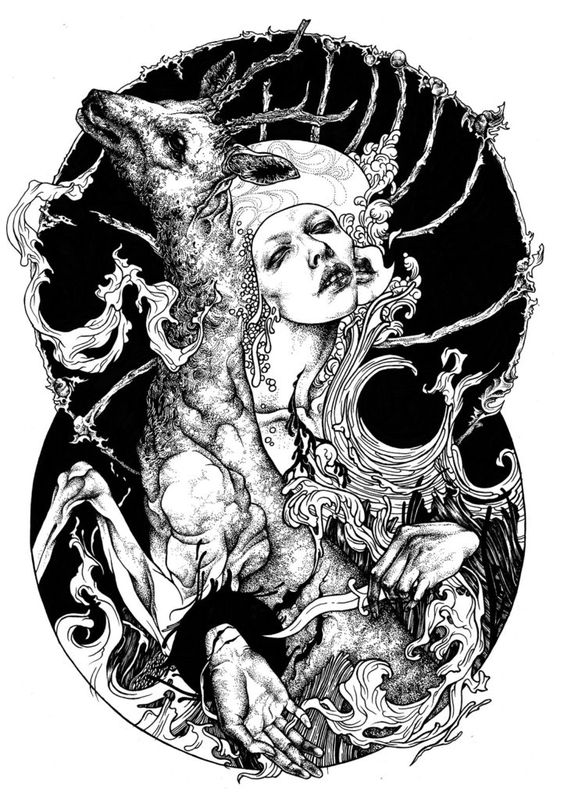 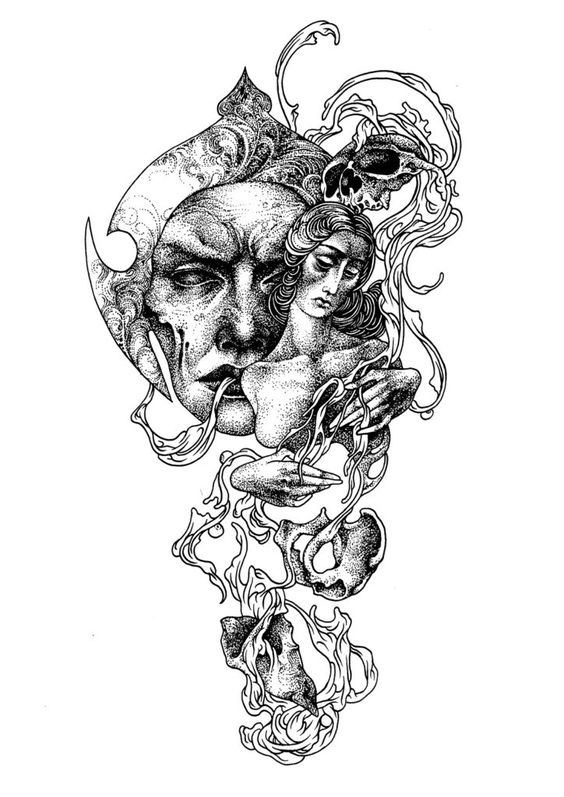 What art supplies do you use?
We normally use fine-grain medium-density paper and ink liners. First, we make some draft sketches of the future piece, then one final sketch with a pencil. Afterward, we finalize the work with ink liners of various thicknesses. However, we try exploring and developing other techniques, drawing with charcoals, pencils, acrylic painting on canvas, wood or other materials. I believe that the most interesting part is mixing different drawing techniques and methods. We will certainly come up with something new in the future.

What’s your process like?
We don’t have a particular drawing method. Sometimes we work step-by-step, with some features drawn by Helen, and some by Vladimir. Some works are fully drawn by Helen and others by Vladimir. The creative process doesn’t depend on anything and it is mostly spontaneous.