Today we’d like to welcome artist, Alex Deforce to Jung Katz.
Tell us about yourself, who are you, where are you from, and what do you do?

I grew up in Roeselare, Belgium, where I lived until I was 18. At that age, I moved to Brussels, where I’ve been living for the past twelve years now, doing my blog on-point.be since 2005, and running On-Point Records since 2010. As far as art is concerned, I’ve more or less always been drawing and painting, but only intensively for the past two years now. Basically since life itself forced me to do so, soon after which I installed my workplace in the attic of my favorite bar. Long story short: it’s still all very new to me. 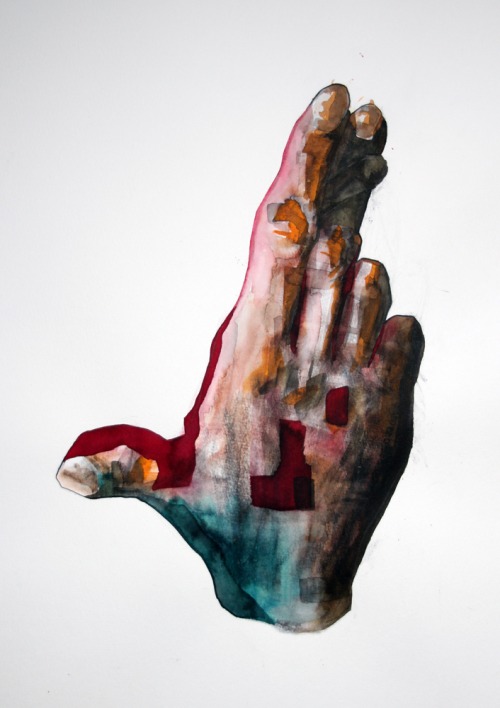 How did you get started doing what you do?
Music must have played a major part when I started, although I don’t recall what triggered it all. I do know I’ve always been drawing, but I used to stop every six months or so. Back then, my work was more conventional; based on photos of famous people, making artwork for articles and posters, portraits of Marc Moulin, Dâm Funk, MF Doom, The Sedan Vault, etc. I gradually grew away from that, started inviting models to the studio, which changed my entire perspective. I used to do only faces, now recently I’m more fascinated by bodies. I still do portraits though, but mostly as illustration jobs for a Belgian newspaper, which is a very fascinating new challenge to me, working under deadline pressure, interpreting subjects I would probably never choose myself. I feel that illustrations are underrated in the art world, but people seem to forget that great painters such as Léon Spilliaert used to do illustrations as well. 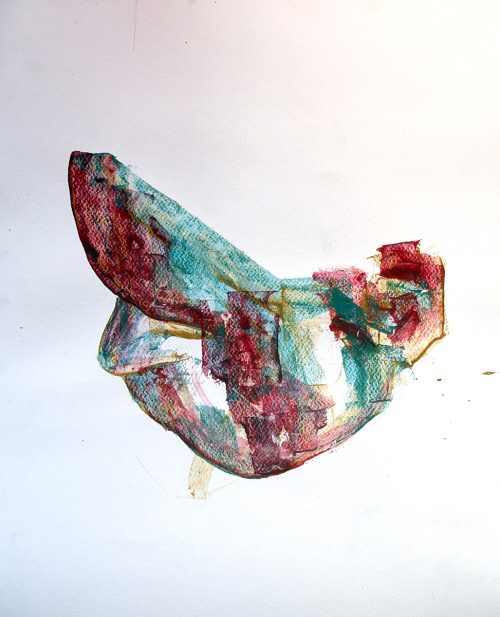 How would you describe your style?
An unhealthy coffee addiction resulting in periods of insomnia, which in time, combined with an uncompromising je-m’en-foutisme, gave birth to what you could call my style. Faces marked by the tension of modern day living, balancing on the tipping point between the grime of the city and the frivolous facade of metropolis. Warm in their darkness, refined in their dirtiness.

What’s your inspiration?
Sneaky mobile phone snapshots I take while marauding through the city around midnight. When walking home from my atelier, I used to pass this bookshop where around 2am the store owner was reading, by himself. I’ve made a series of works based on that man. He never knew, and now the shop is closed. I have a soft spot for people in bars as well, the urge they seem to have in common, but the different realities that ensue in a place where honesty is probably more of a common good than anywhere else. That and the stuff people share on tumblr and Instagram, there’s so much drama in those places!

Apart from that I draw inspiration from the things that I don’t like. It’s rewarding to step out of your ‘like zone’, go to exhibitions you might not like, then go to your studio and get busy. It gives a strange productive energy, at least to me it does, and not even in a cynical way. Picasso said: ‘Inspiration exists, but it has to find you working.’ And that’s the truth. 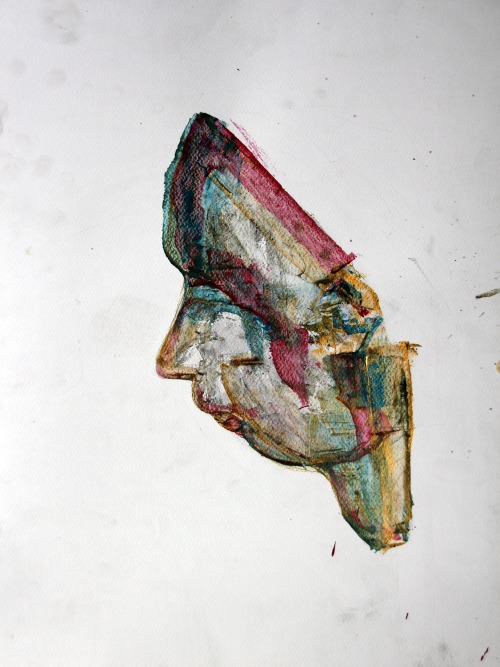 What does your typical day look like?
Currently I wake up around 7 am, go to work -a normal daytime job- and go home around 5 pm to get to work again. Or I might go to my atelier and stop at the bar downstairs first to have a few heavy beers before getting to work (or not). During the day, most pauses are filled with coffee sipping.

How long does it typically take for you to finish a piece?
Anything in between 15 minutes and several years.

How have others reacted to your work?
Mixed.

What’s the best advice you’ve been given?
“There are no secrets in doing this, there’s just doing it a lot.”

What are your thoughts on art school?
I’m self-taught. At times I feel like art school could have helped me, then again I’m not convinced by that. Since I didn’t have art school defining things for me, providing me with an excuse for doing what I do (for being an artist), I went looking for my own truth I guess. I feel like books, documentaries and meeting other artists (mostly for video features I made for on-point.tv have helped me a great deal.Even before I started drawingand painting more intensively, I interviewed artists and went looking for their motivations and views on the metier. It’s only later, realizing how certain words still ring through my head, that I realized that I was probably already looking for answers to the question of “what legitimizes you calling yourself an artist”. A legitimization people in art school don’t have to deal with as much, since it’s in their choice of enrolling and graduating from such an institute.

What art supplies do you use?
Acrylic, ecoline, charcoal, bic, marker, cigarillo ashes.

Any other artists that you would like to recommend for others to check out as well?
Koen Decock – Koen’s work is extremely intense and expresive, large-format superfine paintings of humans, though not hyperrealistic. I want to one day work together with him, but so far he’s been telling me he prefers working solo for now, which makes sense.

Gust Van den Berghe – this month Gust’s third feature film is released: Lucifer A definite must-see!
Eric Lambé – especially his “Le Fils Du Roi” book has motivated me while making my recent drawings in bic.
Sozyone Gonzalez – one of graffiti’s kingpins, if not preparing work all over the world, he’s working on a graphic novel called Enemies,  together with fellow-Ultraboy Jaba.
FSTN – excellent Brussels-based illustrator.
Malik Crumpler and Leron Thomas – two of the most inspiring persons I have met recently (though only through mail and skype), check out their Take It.. album, which I’m releasing on vinyl, and hear theirgreatness!
Adèle Renault – we used to be flatmates, she’s always been very dedicated to her painting, it’s beautiful to see here hyperrealistic portraits getting love around the globe.
Furthermore as for previous-generations, do check out the works of Jan Yoors, Léon Spilliaert, Michel Seuphor, Emory Douglas