Tell us about yourself, who are you, where are you from, and what do you do?
“My name is Oscar Varona and I’m from Madrid, Spain. Influenced by transgressive narrativestyles and little conventional, I published my first book of stories, “Tremolo” in 2003. Have written several novels and my stories have been included in various international journals: The New Yinzer, (USA, 2009), Mondo Kronheca Literature (Argentina, 2009), Metazen, (Canada, 2010), Ascent Aspirations, (USA, 2014), and the numbers six, eight and nine literary magazine Groenlandia (Spain, 2009 and 2010). Coordinator and editor of the cultural journal “Delirio”, in its ten numbers (2009­2012). I combine my poems, dialogues and stories with my own artistic creations, mainly collages and illustrations.”

How did you get started doing what you do?
“I started making handmade collages relatively late, two years ago, more or less. It’s an art form that has always caught me, but I have not known its possibilities and its advantages to create worlds in which I like to immerse myself until I have not gotten around to it.”

“What’s your inspiration?
“For good or bad, I have plenty inspirations in different kind of arts: Literature (Samuel Beckett, Franz Kafka, William S. Burroughs…), painting (Francis Bacon, Edward Hopper, George Grosz…), cinema (David Lynch, Stanley Kubrick, Quay Brothers…), music, Dadaism and surreal collages… But the most inspiration is the absurdity and drama of life and my own sick brain.”

What is art to you?
“Art is all for me. I couldn’t live without art, without vomiting each day something that tries to go out from me, that needs to be and grow up.”

How do you keep motivated?
“I’m trying to keep in motion each day, writing, making collages, drawing… It’s something that I need to do. It’s like breath. I read, search, see what other artists do… You could die if you’re not motivated, or just give up, what it’s the same, more or less.”

What, if anything, would you tell your younger self?
“I’d tell my younger self nothing. Maybe I’d listen to him to remember some important things.”

What’s the best advice you’ve been given?
“Do whatever you want to do, but do it. Don’t ever give up.”

What are your thoughts on art school?
“I think they are necessary and a good place to learn different techniques, develop them and motivate yourself. But without your own imagination, they’re worthless. You have to be you and then apply all those techniques to have your own voice” 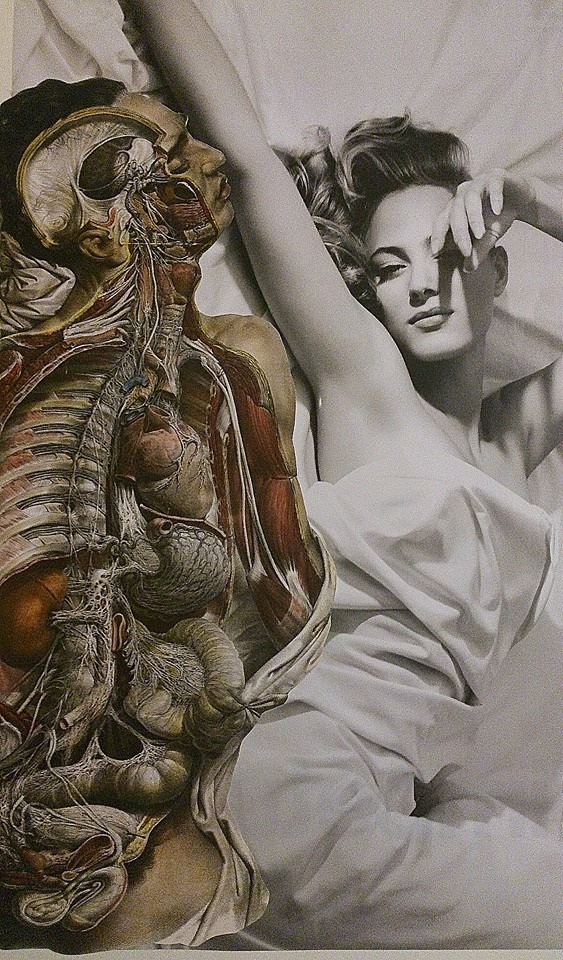 Have any future aspirations that you’d like to share?
“Keep writing, keep making collages, keep drawing, and then who knows. I want to write theater, publish a novel that I just wrote, making exhibitions of my collages or drawings, use my art for book covers or magazines or records. Whatever that wants to come, it will be welcome.”

What art supplies do you use?
“Scissors, cutters, glue, magazines and books.”